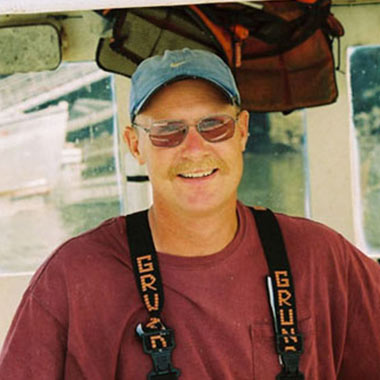 Slugger has been tending lobster gear since he was nine years old. He has done everything on the water from Scallop dragging to Urchin diving, but his true passion is Lobster fishing.

His brother, Punk Bragdon, fishes alongside him during the shedder season. Last year, his son, Cyrus Bragdon, joined the Winter Harbor Co-op as our younger member.

Slugger’s boat is named 250 Yards. He chose this name after his old boat sank while he was dragging for scallops. He was forced to swim 250 yards to shore during a frigid February day. It was out of shear luck, stamina, and will that he survived that day.