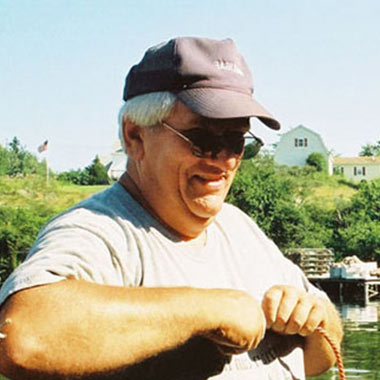 Back in 1982, Linwood Workman and I saw a killer whale pass our boat.

I grew up in Winter Harbor and began lobstering when I was 12 years old, in 1962. I learned about lobstering from my father, Allison Workman. My grandfather, Milton Torrey, was also a lobsterman. I have 3 children, 6 grandchildren, and have been married for 40 years. I joined the Co-op in 1974 and have served on the Board of Directors.

I bought the boat I have now in 1992 and named it Tough Times because money was tight then and the interest rate was 15%. It just seemed to fit.